The role of bees for the environment

Bees are one of the most abundant forms of life in the world. What is great about these little bees is that they are great at pollinating crops. Actually, they are the world’s most important pollinator in the world. How important are they? Well it is estimated that one third of food supply in the world was originally pollinated by these bees according to the University of California. It is important that the crops around the world get pollinated by these bees because if we were to do it ourselves, it will cost the world a fortune. In United Kingdom alone, it would take a whopping £1.8 billion per year to pollinate the crops manually. The bees do this for free.

Bees can pollinate crops like broccoli, asparagus, cucumber, apricots, apples, almonds, strawberries, cotton, and tomatoes among others. There are many other animals and insects that do the exact same thing as the bees, but just not in such a large quantity. Some have even claimed that if bees were to go instinct, humans will follow soon after. This is actually becoming a sad reality of our time. The bees are getting affected by the earth’s pollution and loss of biodiversity and slowly dying down. Many street artists around the world are raising their paint brushes to raise awareness about the subject. 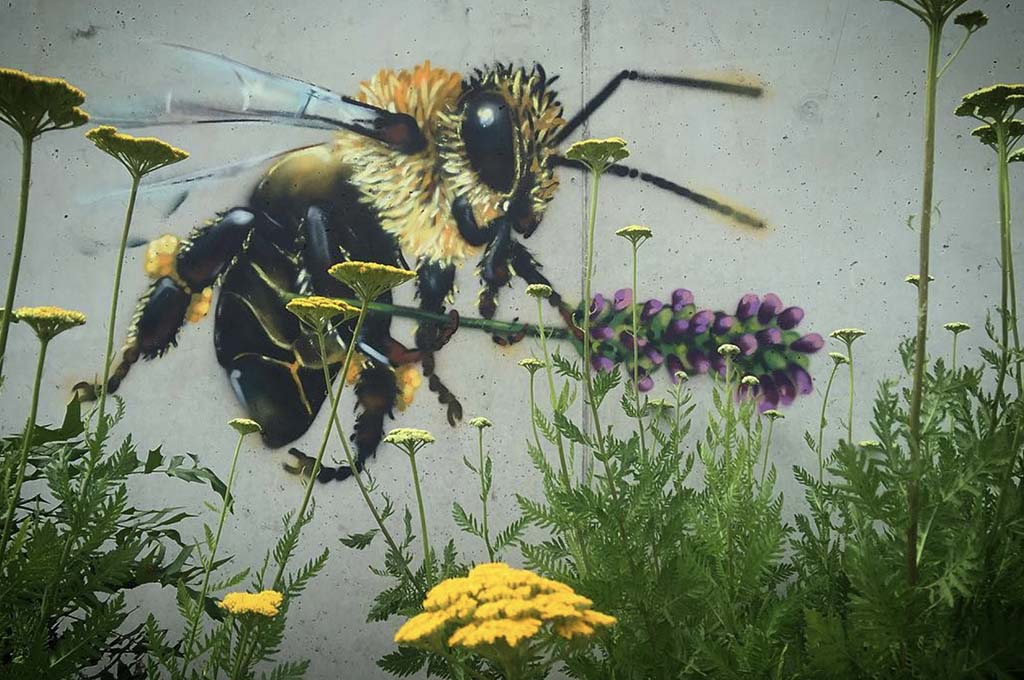 The most famous artist who works to educate people about these bees is the street artist Louis Masai Michel. He was famous for working of murals of endangered animals before he started working on Save The Bees project. He began making murals of bees all around London and in the world after he returned from South Africa, where he learned about colony collapse disorder, where majority of worker bees die in a colony. Since learning about the plight of these worker bees he has made his artwork in the streets of New York, New Orleans, Croatia, Devon, Bristol, and Glastonbury. 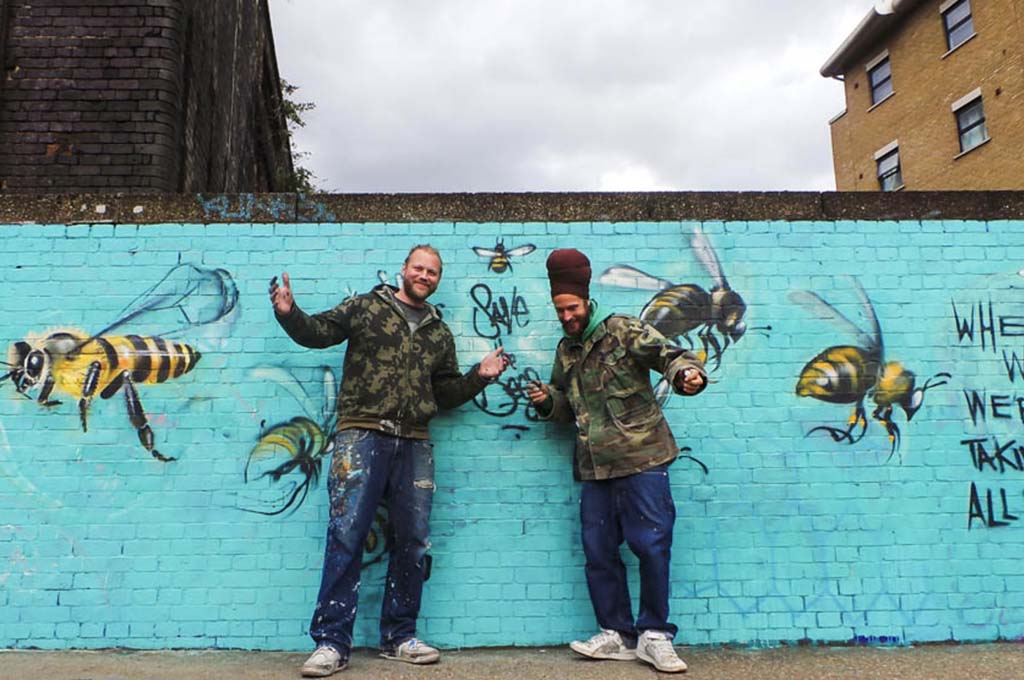 Jim Vision or Jim Rockwell, or Probs is also a street artist that supports the bees through his work. He is a British graffiti artist and a muralist. He has also worked on the famous Terry Pratchett tribute mural and is actively involved in Saves the Bees Project as well. He has worked in collaboration with Louis Masai many times and has worked on bee murals in Shoreditch, Bethnal Green, and Hackney. Jim has also founded the street art collective End of the Line. He is passionate about nature and all the things that come with it. 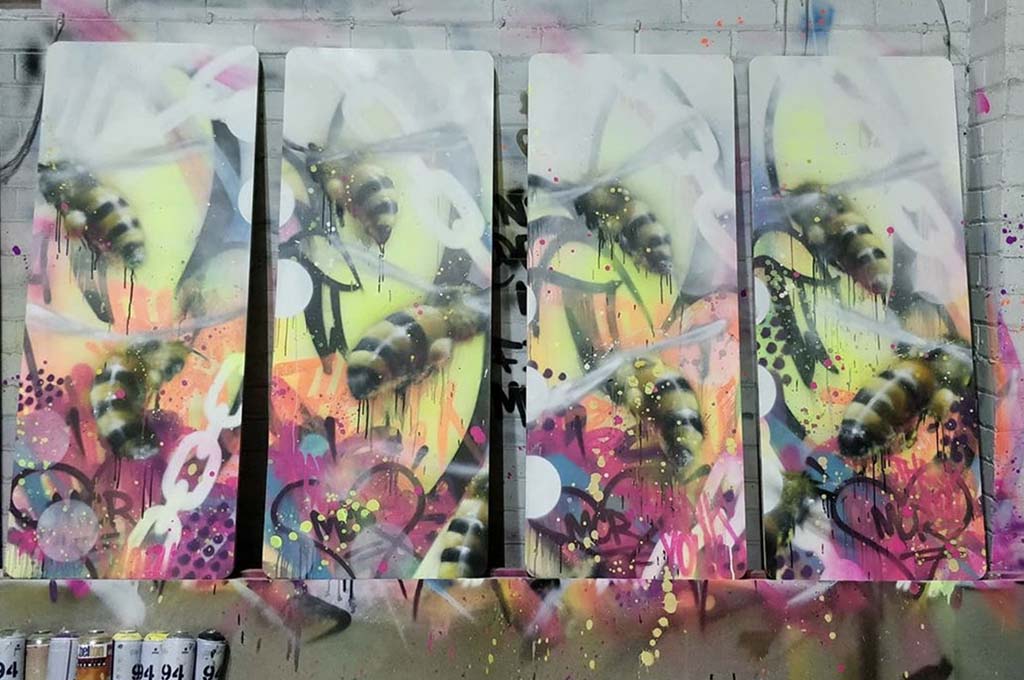 Russell Meehan or commonly known as Qubek, is the resident Manchester street artists that works to raise awareness about bees. One of the most significant pieces of arts he has created is the “twenty-two bees” in Manchester. He has also worked on time-limited art where he has painted the bees under a minute amidst the claps of the bystanders and observers. In one of such feats, he painted a bee under 20 seconds. He works on these projects to tell people about these little insects that are essential to our ecosystem. Meehan has also raised £17,000 painting pieces such as these and donated them to different charities.

We have created a collection to support bees, check this out!!! 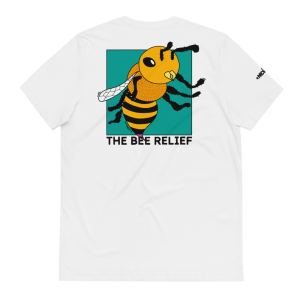 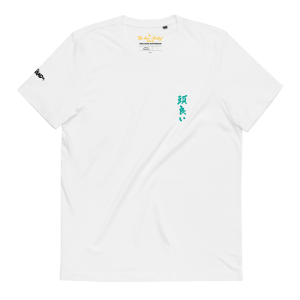 Add to Wishlist
Quick View
Out of stock
Sold out!