The central role of the moon n our culture

Moon has fascinated human race for a long time and a depiction of this is seen in almost all the literature found. It was a common belief that the phase of moon had correlation with how people behaved, acted and what future holds for them. This is the mere reason that moon has been an object of discussion in the stories and artwork of almost every era.
One sculpture made out of the metal is believed to be the first one of its kind to ever have existed and it belongs to the bronze age of civilization. This sculpture has got its name from the geographical location where its discovery was made. Therefore, it goes by the name of Nebra Sky and till today it is believed to be the oldest depiction of the moon. However, some historians argue that this was more than just a sculpture and may be used by the then present humans to further assess the cosmos.
Some of the notable depictions of moon in the early artwork by famous artists are following:

Galileo Galilei’s Illustration of the Moon

Galileo Galilei was an artist before his fascination with moon made him study it even more. For this purpose, he spotted the perfect spot in hills of Tuscany along with his homemade and tuned telescope. What he saw there intrigued him even more as this was not an ordinary round object.
He got his art supplies together and let his inner artist do wonders. He studied the changes on the surface of the moon as it transitions in front of the sun and how it surfaces made shadows of the craters that were abundant on the surface of the moon. Later, Galileo Galilei published his findings in “Sidareus Nuncius” a journal of Florence and for the first-time people were able to take a closer look at the moon.

Taiso Yoshitoshi’s 100 Aspects of the Moon 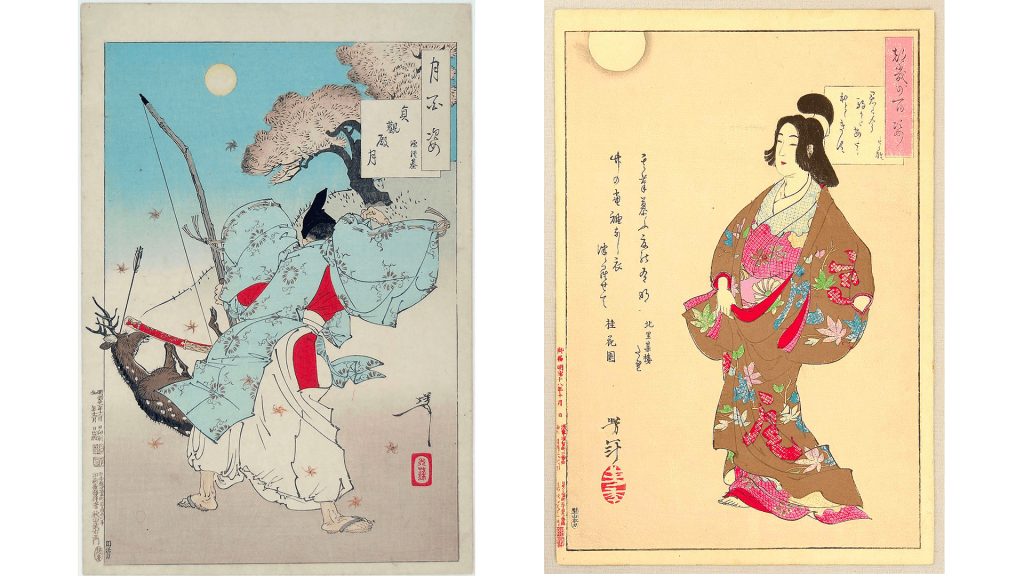 Taiso Yoshitoshi tried to aggregate the depiction of lunar grandeur in Chinese and Japanese Folk Tales by creating “100 Aspects of the Moon.” The most amazing piece from his collection is the “Tsukino Katsura” which tells the tale of punishment given to Wu Gang for cutting cassia trees on the surface of the moon for eternity. 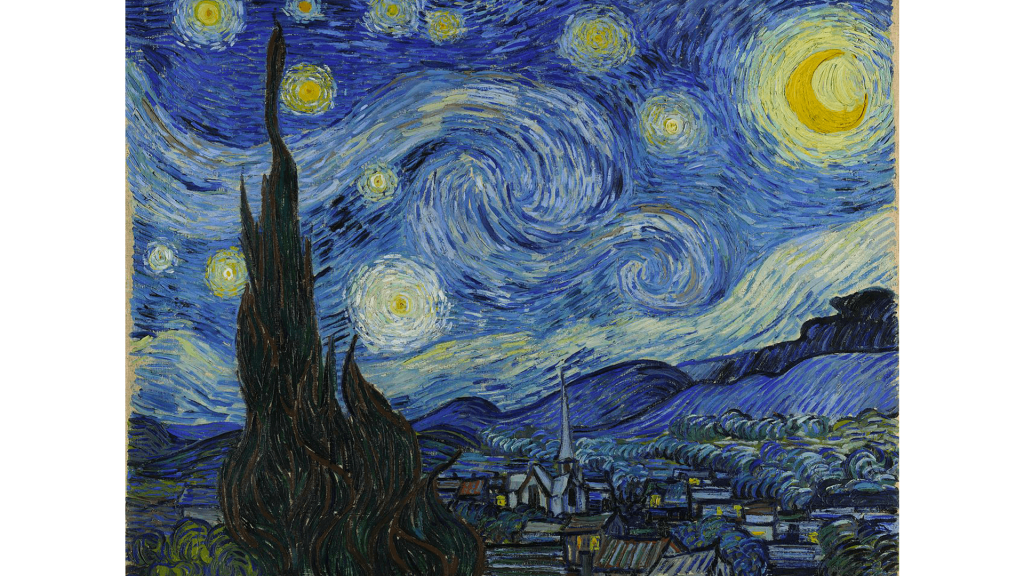 Vincent Van Gogh’s most remarkable work is the Starry Night which is actually how the night sky looked from St. Remy’s room. Some artists argue that this is not an exact depiction as there has been major improvisations done by Van Gogh to make the scene look more natural or at least what his depiction of natural looked like. 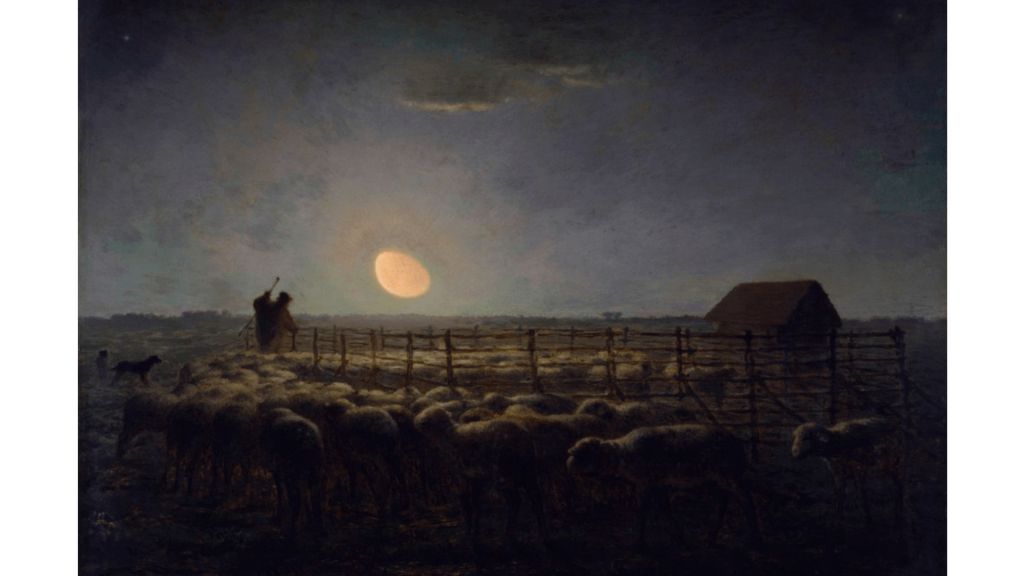 In the “Sheepfold” Francois Millet has depicted a country-side scene where the plains between the two villages is lit by enchanting moon light. It is believed that he took help from his upbringing in the countryside to make this masterpiece. His artwork also has a touch of Barbizonion art in it.

Paul Pascal’s an Oasis at Night 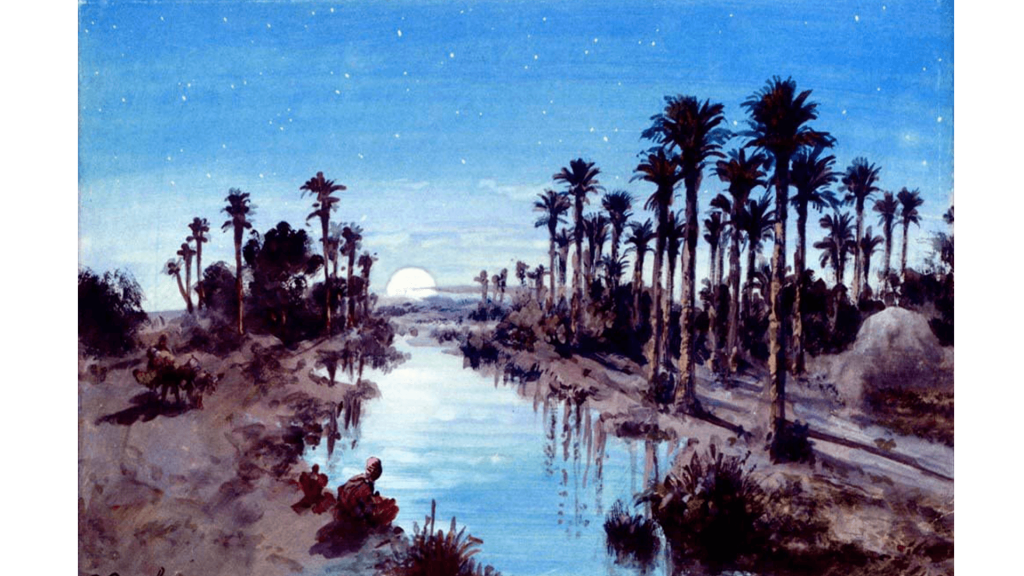 Paul Pascal was famous for his landscape paintings. Belonging to France, he mastered in depicting Middle East, Mediterranean Coast, and Italy. His masterpiece An Oasis at Night shows a moon overlooking a lush oasis in the Middle East in the middle of the night. The blue light of the moon, over the land paints a picture of serenity. The moon shines bright and clear and is the only source of light in the picture.